OIC TODAY had the pleasure to talk to David Mizan Hashim, President and founding Director of the VERITAS Design Group – an architecture company which is Malaysian in its origin but global in its mission.

The story of VERITAS started in 1986 when David decided to go back to Malaysia and start his own company after completing his Masters in Architecture from Harvard University’s Graduate School of Design. This decision did not come easily though considering the opportunities David was offered in the U.S. and the economic recession Malaysia was experiencing at that time. What made the difference was the prestigious Aga Khan Travel Fellowship for research in Islamic architecture. Having received this award, David became interested in studying Islamic architecture and specifically the mosque architecture in Southeast Asia. While working on his project, David met a few people who advised him to stay in Malaysia. He remembers them saying: “Rather than going back to New York where you will be a very small fish in a very big pond, why do not you consider staying in Malaysia? It is not such a big pond, and eventually with hard work you can make a difference.”

VERITAS celebrates 30 years of expeditious success under the leadership of a truly intelligent entrepreneur who is impatiently persistent to make a difference and impact the lives of others.

“They steered my sense of patriotism and nationalism, and I felt quite guilty about giving up my country that I had grown up in and move to a foreign country simply because of some better opportunity,” said David. Gathering all this inspiration he decided to start his own architecture design company in Malaysia. But that is when the next interesting thing happened. According to the laws of Malaysia, architects are not allowed to have their own company until they become qualified by passing a certain examination. “This process takes about five years, and I was very impatient,” said David. Since David was not able to own the company, VERITAS had to start in an unusual way. He was running the company while on papers it belonged to someone else. “We got into a little bit of difficulty with the Board of Architects because they found out what I was doing,” he said. The argument between him and the legal authorities lasted for four years until he passed the examination and then David officially owned VERITAS.

When we asked him about the significance of the architectural design in people’s lives and why is it becoming important, David replied confidently that humanity does not really need architecture from fundamental point of view. “It is not required for survival. A good engineer can give a very simple box, and you would not care what it looks like. A good contractor can build the box, and in that box you can have your home with lights, air conditioning, everything can be there,” said David. “The difference between this box and a building that is designed by an architect is that the box does not fulfil and it does not relate to the history, culture and traditions of the country where it is being built,” he added. David continued to explain his point; humanity needs much more than just to survive. It is not only about utility. “We need beauty in our life. Without beauty, the quality of our life is lessened,” he said while giving the example of how people feel inspired when walking around cities like London, Paris, Dubai and some parts of Kuala Lumpur. “This is wonderful and it is not just because the buildings are there. It is because they are beautiful,” said David.

VERITAS stands out in a few different ways. Among the nearly 2,000 architectural design companies in Malaysia, it is the only one which is considered multinational. VERITAS has offices in six countries. The design ideas come from North America, the Middle East, Northeast and Southeast Asia, Africa and many other parts of the world. “The DNA of VERTAS is international; if you walk around the office you realise this fact,” said David who himself is of a diverse Malay-American background. All of David’s 14 partners received their education and have worked overseas. The core purpose of VERITAS is another way of looking at how distinguished the company is. “We are not inspired by money. It is not the bottom line,” said David. Rather, he emphasised the importance of “improving the quality of the built environment for the pleasure of humanity.”

“We really feel that we have a responsibility. I came back to Malaysia not because I wanted to earn more money, but because I thought I have owed something to my country.” - David Hashim

The corporate social responsibility programmes, as explained by David, are another point to highlight about the uniqueness of VERITAS. These programmes exceed the limits of beingmerely philanthropic. One example mentioned by David was the MoU signed with Taylor’s University the day before the date of the interview, through which VERITAS will spend at least MYR 50-60K every year to support selected students. “For me, this money is very well-spent. If I help those students, they will become better architects, and there will be a better benefit to our country,” he said. VERITAS has IDEAS, their five core values which are: Integrity, Design, Environment, Audacity and Service.

Expanding in other countries has not essentially been a part of VERITAS’ strategy to grow. David said in response to a question about VERITAS’ future expansion: “The only reason we are going to places outside Malaysia is that our clients wanted us in these places. It usually starts by going out for one project in a particular country and then other projects follow, making it more convenient to establish a new office of VERITAS in that country. This has been the case in all the countries where the company operates,” David explained. “My clients ask me to go to certain countries, and whenever I am asked to do that it is very hard to say no. Instead, I take it positively since I feel we can play a role in building bridges between different parts of the world,” he added. The global perspective of VERITAS helps achieving excellence in every new country. Despite the cultural, religious or ethnic differences all the members of the company in all locations share high levels of respect and understanding toward one another.

Perhaps the most interesting part of the interview is what we can call the “secret recipe” for entrepreneurship success which David explained in a few simple steps. The first step is to carefully understand the environment surrounding the business activities, and specifically learn all the rules which govern each of these activities. “Many of these rules make sense, but some are there just to prevent young people from coming up fast,” said David. The second step, after understanding the rules, is to know which authorities are involved in the process, and what procedure is required by the whole system. The final step is to “bend” the rules using every possible vent. “I do not advocate breaking the rules! Never ever break them. If you do, you will get into trouble,” David explained as he was recalling his own experience of establishing VERITAS in 1986. “Technically, and if you want to go legally about it, I did not break any rule.”

“Rules and regulations are like bamboo sticks; the more you bend them the stronger they become. But if you bend them too much, they break. And if they break, they are useless.” - David Hashim

MAKE A DIFFERENCE AND IMPACT LIVES

To David Hashim, turnover and profitability figures are not the bottom line, although they are important for the growth of VERITAS. The main focus should be on the company’s shared core values. In that case, the impact will be wonderful on all stakeholders of the company, and this undoubtedly results in continuous growth and improved profitability. “When I look at the financial figures, I feel they could be much higher but my concern has never been about profitability. It is about the positive impact that we have on others. If I only focus on my own interests being the owner of the company, it will be the detriment of the long-term future of the company. I want VERITAS to outlive me, and for this I am already making plans now to be irrelevant and to support key people within the company to take it through after I am gone.”

David’s leadership strategy of making himself anonymous, while VERITAS’ name and its impacts are getting more popular every day, has been successful and he is quite satisfied about that.

David believes that the development of VERITAS’ members is equally important to the growth of the company itself. In contrast to the organisational culture of most companies in Malaysia and the region, VERITAS culture is very much different. There are no titles, hierarchy or formalities between the staff members. All doors are open and everyone is called by his or her first name. Leadership is what matters the most in VERITAS’ culture. “In terms of leadership all the 350 staff members are leaders at different levels of the leadership journey, and I try to help them through these levels. I do not call them employees; rather we are all VERITASians” said David. Explaining the significance of this approach, he added “leadership is equal to growth. You cannot have one without the other.” In his final statement, David extended his utmost thanks and gratefulness to all his partners and colleagues for their commitment throughout the years to make VERITAS the second largest architecture company.

The relationships between the VERITASians leave behind all conflicts and cultural differences their countries of origin may have. They work in a friendly liberal environment where everyone respects the others and cares for them.

A New Era of Social Stability and Economic Growth in Kazakhstan

After “The World” What Is Next Big Thing In Dubai?

Essence of The Hajj

A Year of Immense Significance for Palestine

Beyond Business: IKEA Brings Jobs and Hope to Refugees 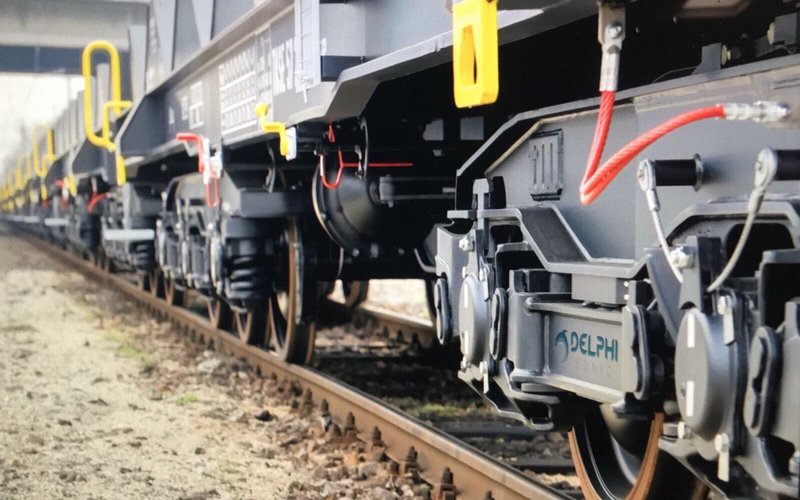 MWB Is Forging Ahead to Enhance the Global Islamic Economy